摘要：Chinese Symposium on Photocatalytic Materials (CSPM) is a high-level academic annual conference in photocatalysis and photochemistry, which was initiated by Professor Jiaguo Yu from China University of Geosciences (Wuhan) in 2018. Prof 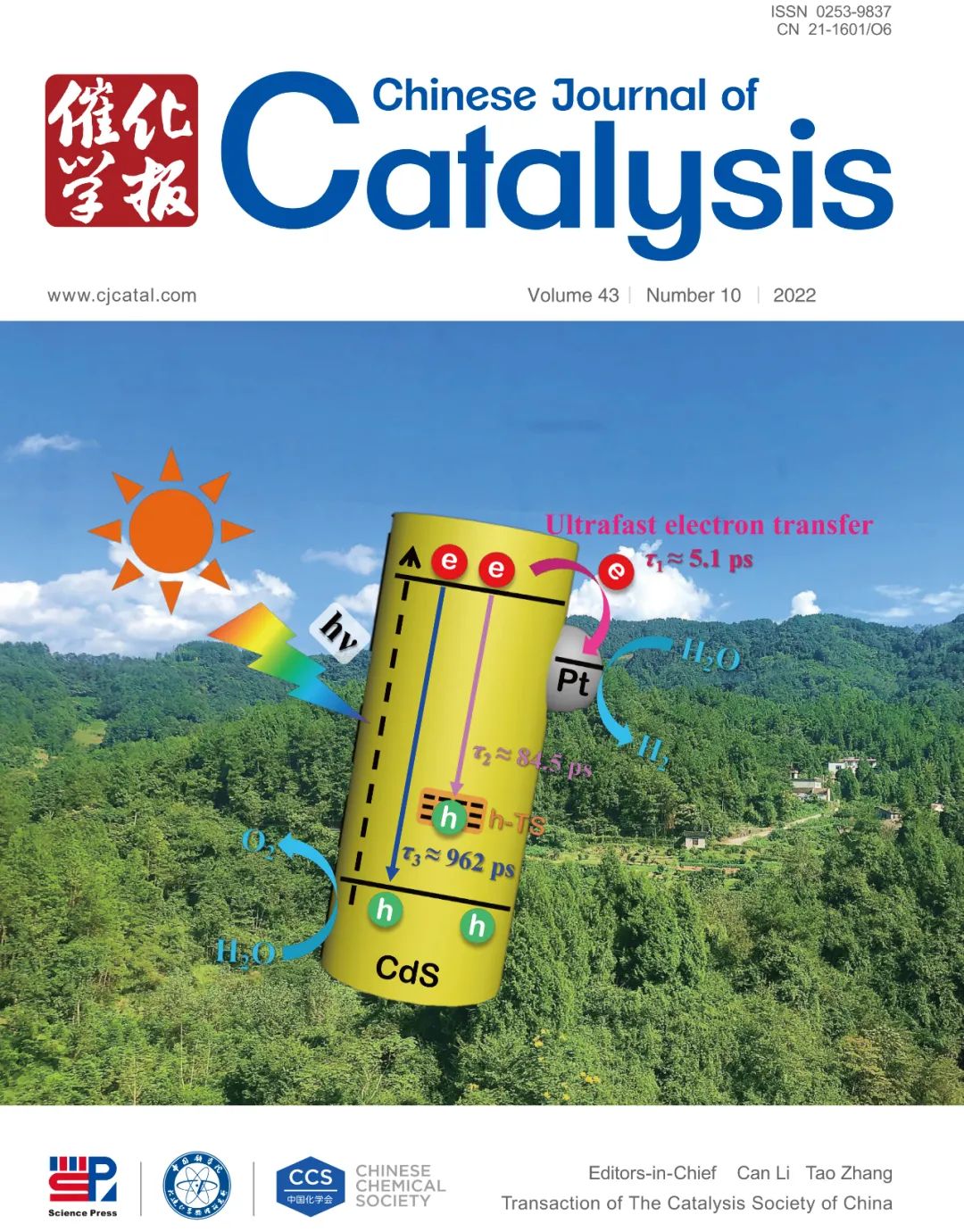 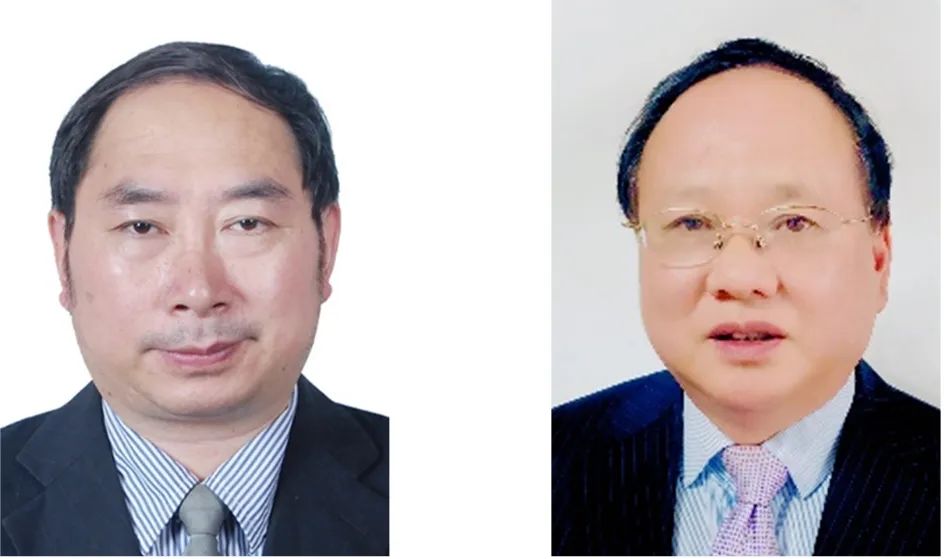 Chinese Symposium on Photocatalytic Materials (CSPM) is a high-level academic annual conference in photocatalysis and photochemistry, which was initiated by Professor Jiaguo Yu from China University of Geosciences (Wuhan) in 2018. Prof. Yu is Foreign Member of Academia Europaea (The Academy of Europe) (2020) and Foreign Fellow of the European Academy of Sciences (2020). So far, the conference has been successfully held for four sessions.
The fourth Chinese Symposium on Photocatalytic Materials (CSPM4) was hosted by East China University of Science and Technology. Prof. Jinlong Zhang (Academician of Academia Europaea) and Jiaguo Yu (Academician of Academia Europaea) served as the chairman and honorary chairman of CSPM4 conference, respectively. The symposium was held at Holiday Inn Shanghai Hongqiao West Suburb, Shanghai from December 19 to 21, 2021. The symposium aims to provide a high-level platform for the exchange and display of achievements for Chinese in the field of photocatalysis and photochemistry. This special issue in Chinese Journal of Catalysis included 3 review papers and 19 full papers. All manuscripts were critically peer-reviewed. As the guest editors of this issue, we would like to thank all the authors, reviewers, and the editorial staffs of CJC for their great support. 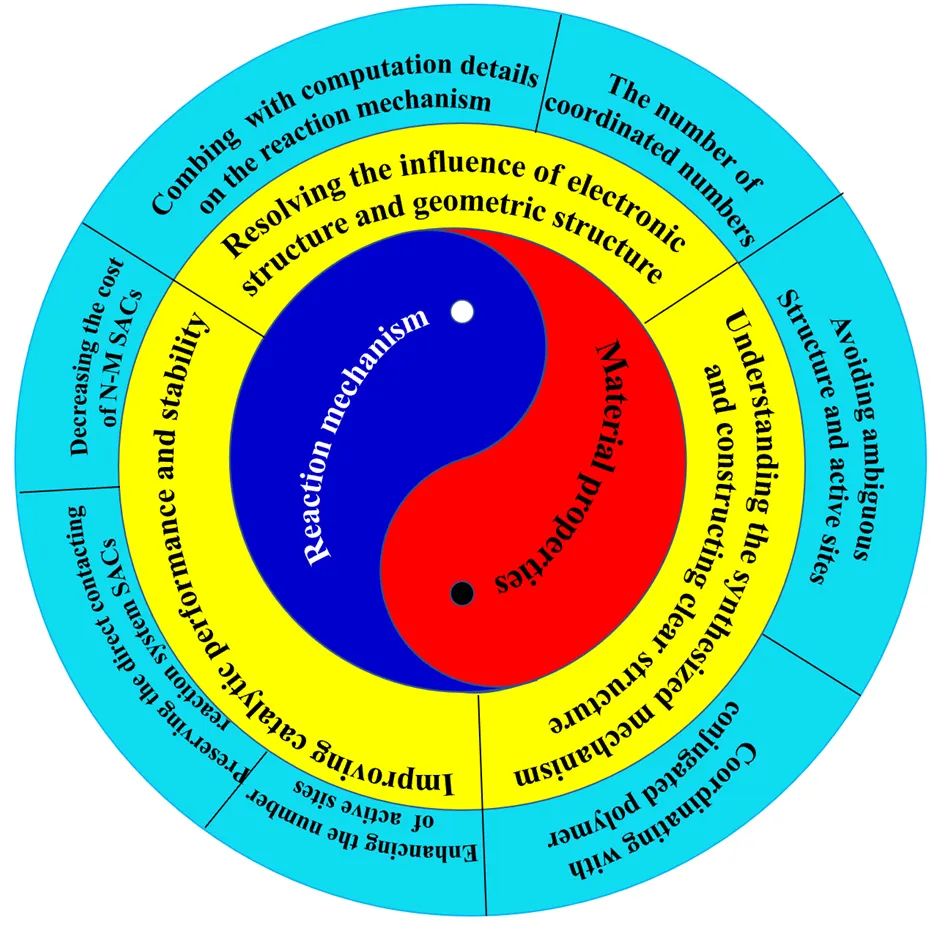 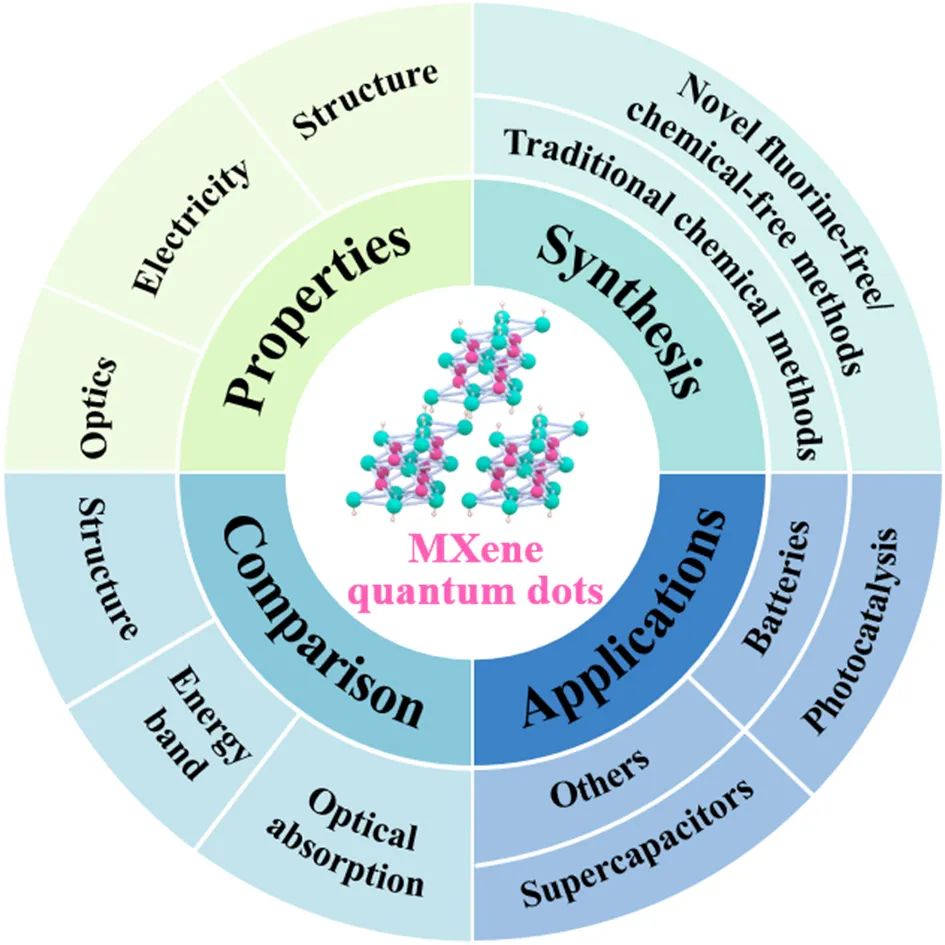 This review presents the mechanism, characteristics, and comparisons of traditional chemical methods with novel fluorine-free/chemical-free methods and discusses the similarities and differences between MXene-derived quantum dots and 2D MXenes in terms of functional groups, light absorption capacity, energy band structure, and other properties. 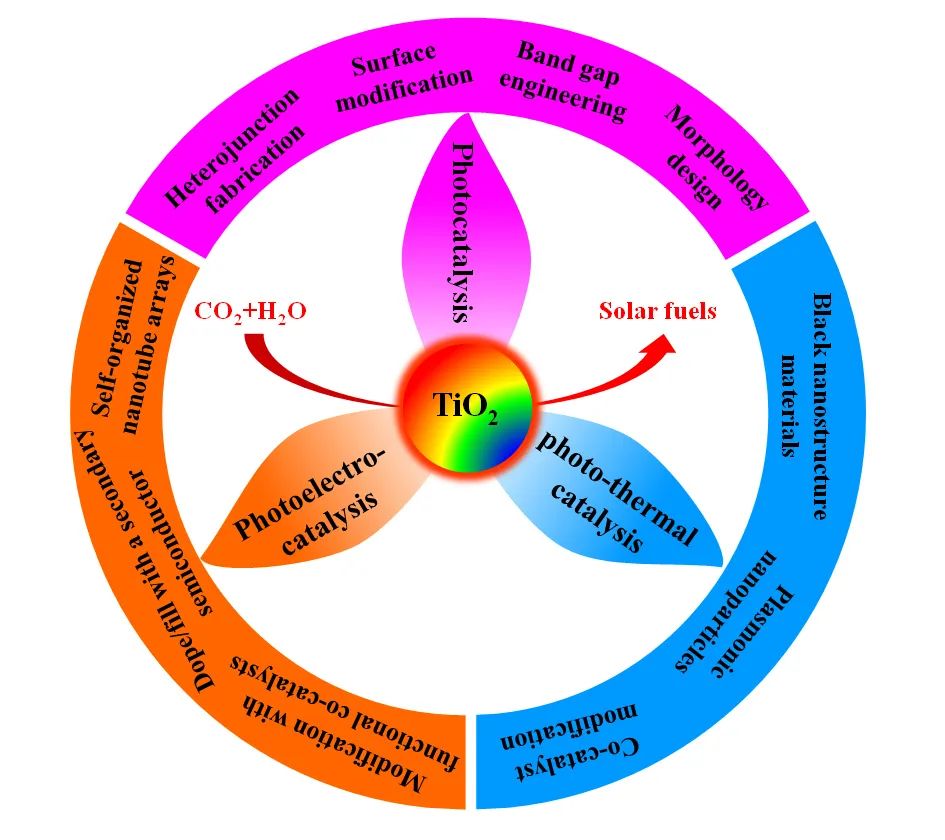 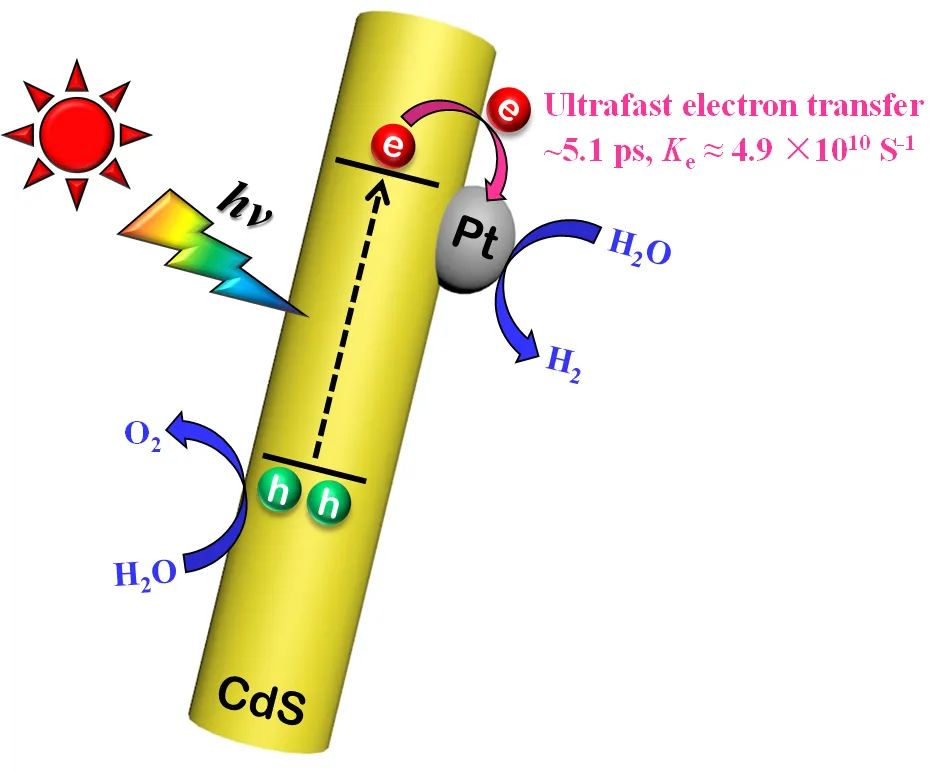 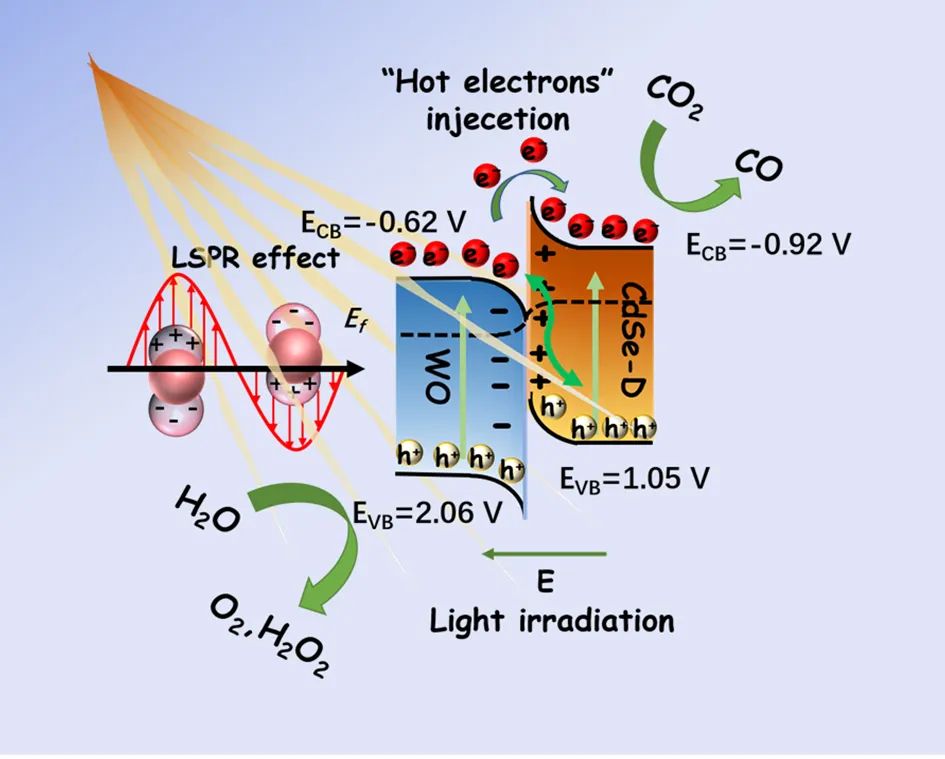 S-scheme W18O49/CdSe-diethylenetriamine heterojunction photocatalyst was successfully constructed. Compared with CdSe-D and W18O49, the increase in photocatalytic CO2 production and stability of W18O49/CdSe-D composites is due to the synergy of LSPR effect caused by oxygen vacancy and the special separation of S-scheme heterojunction. 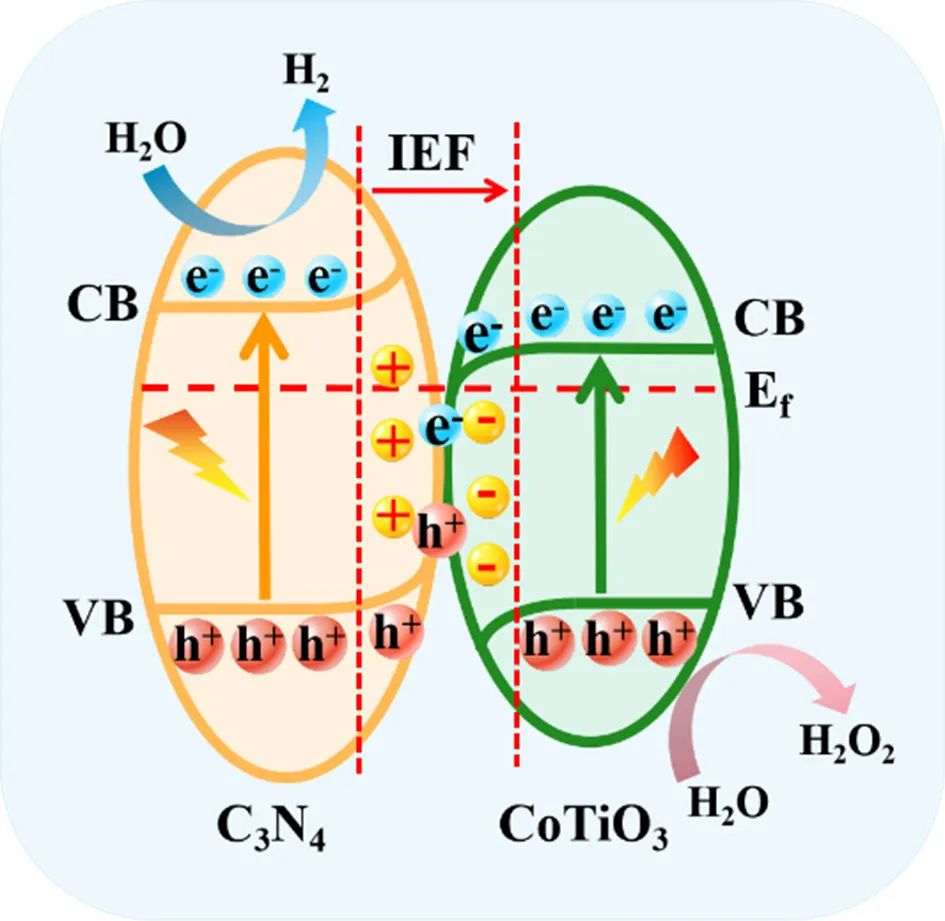 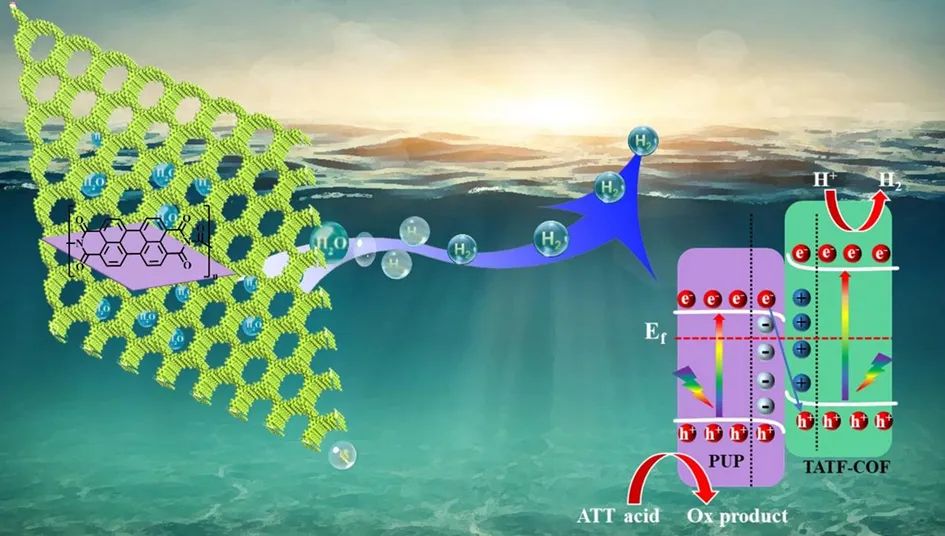 A conjugated COF/PUP all-organic heterostructure with S-Scheme interfacial charge-transfer channels was successfully developed and manufactured for the first time at ambient temperature via an in situ coupling of the 2D TATF-COF with PUP. The resulting S-scheme heterojunction exhibits an ultrahigh hydrogen-evolution rate (94.5 mmol h–1 g–1) and an AQE of up to 19.7% at 420 nm. 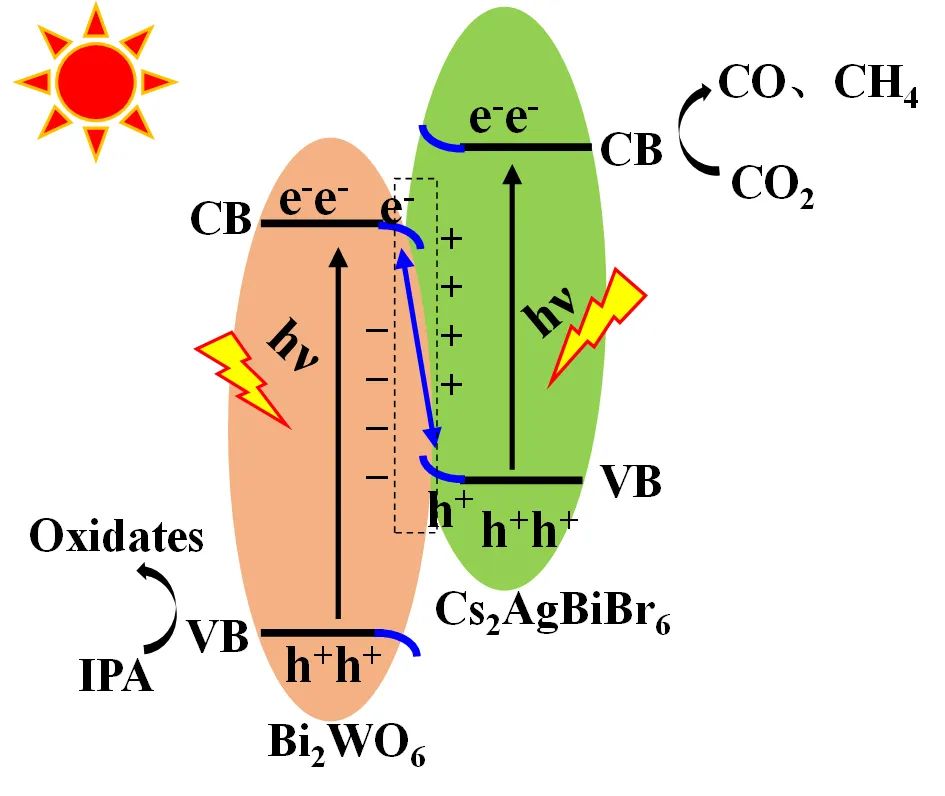 Cs2AgBiBr6/Bi2WO6, fabricated via an ultrasonic-assisted process, exhibited a superior photocatalytic activity for CO2 reduction to produce CH4 and CO under visible light, owing to the presence of an efficient S-scheme heterojunction. 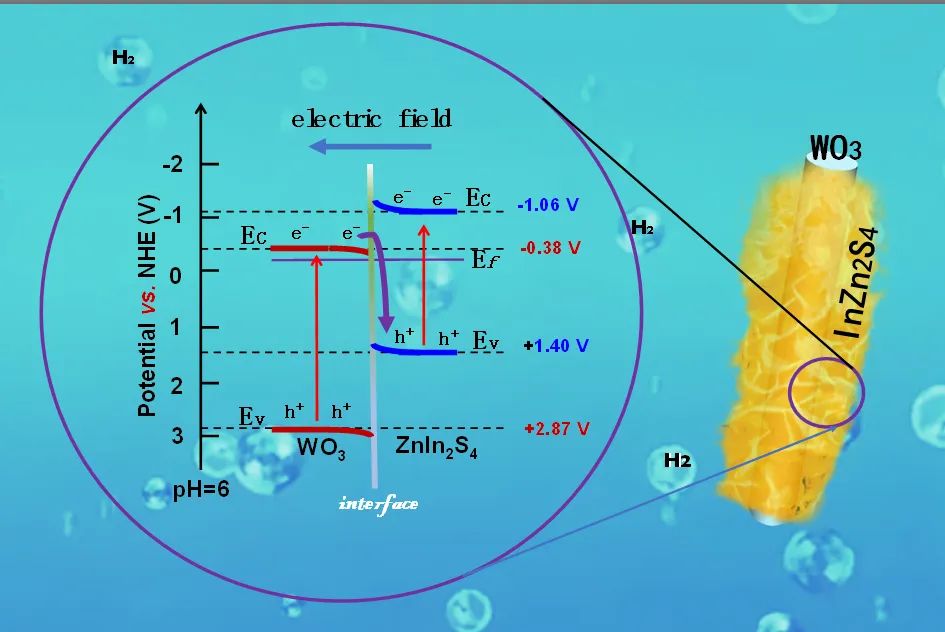 In-plane epitaxial growth of ZnIn2S4 nanosheets on the surface of WO3 nanorods was achieved by a facile solvothermal method, and this novel S-scheme 3D ZnIn2S4/WO3 heterostructure exhibits high visible photocatalytic hydrogen production rate. 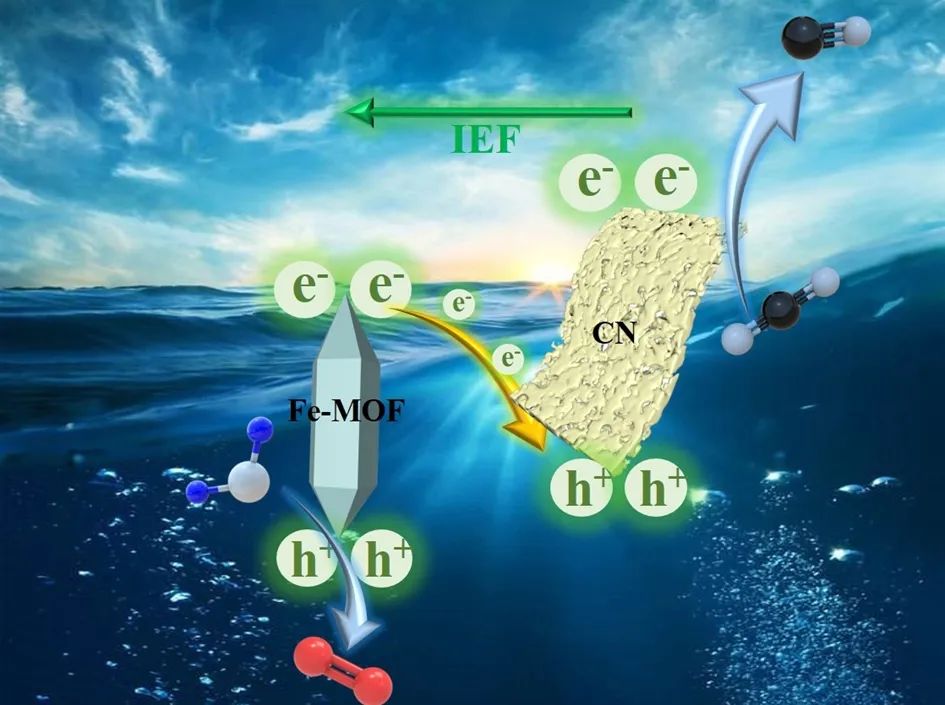 During the photocatalytic CO2 reduction reaction, the 50CN/Fe-MOF follows the S-scheme electron transfer pathway, which not only improves the efficient separation of charge carriers, but also maintains a high redox capacity. 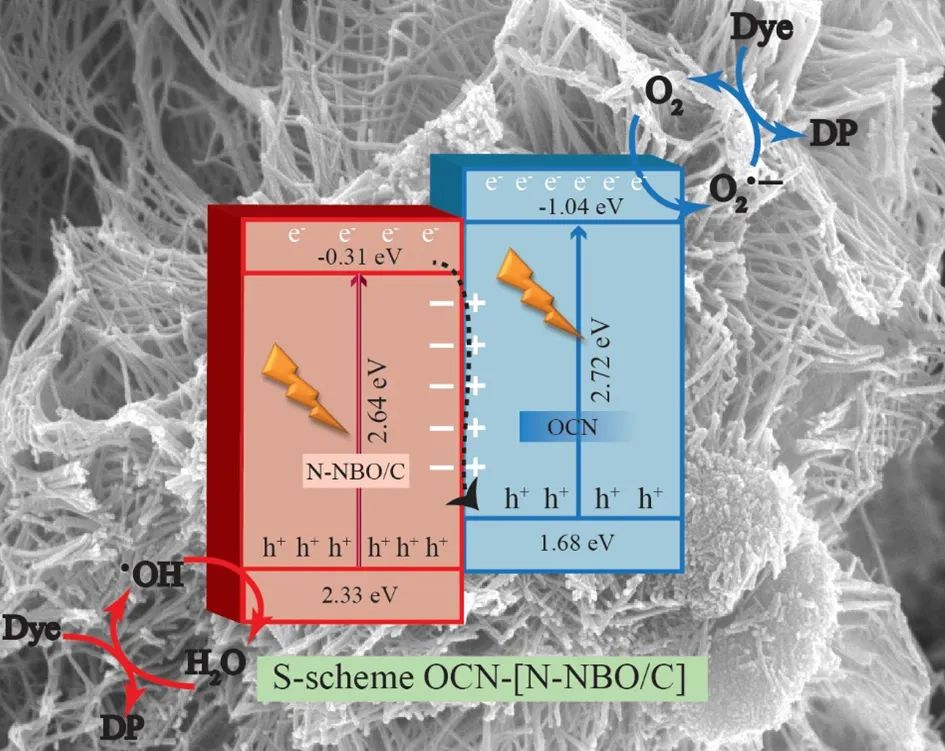 A novel TaON/Bi2WO6 core-shell S-scheme heterojunction nanofibers with oxygen vacancies has been designed for highly efficient visible-light photocatalytic abatement of antibiotics and Cr(VI). The superior catalytic performance is benefiting from the efficient separation of high energetic charge carriers with optimal photo-redox power by S-scheme mechanism and rich oxygen vacancies, as well as the compact contact by the in-situ growth.

Coproduction of H2 and benzaldehyde from benzyl alcohol with simultaneous utilization of photogenerated electrons and holes over Zn0.1Cd0.9S/MoO3‒x S-scheme heterojunction photocatalyst under UV-visible-NIR light excitation were achieved. 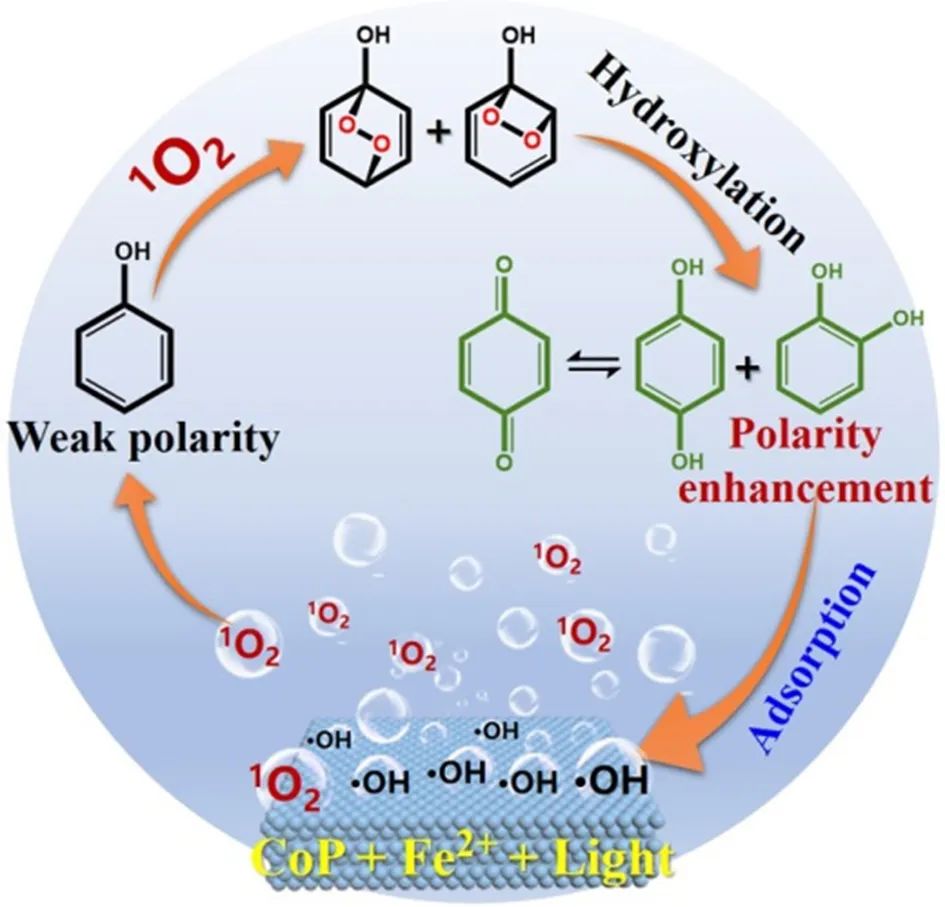 The synergistic effect of 1O2 and •OHads in the CoP/Fe2+/AM1.5 system was confirmed. 1O2 promotes the hydroxylation of weakly polar phenol, which can then be adsorbed to the CoP surface and degraded by •OHads on its surface. 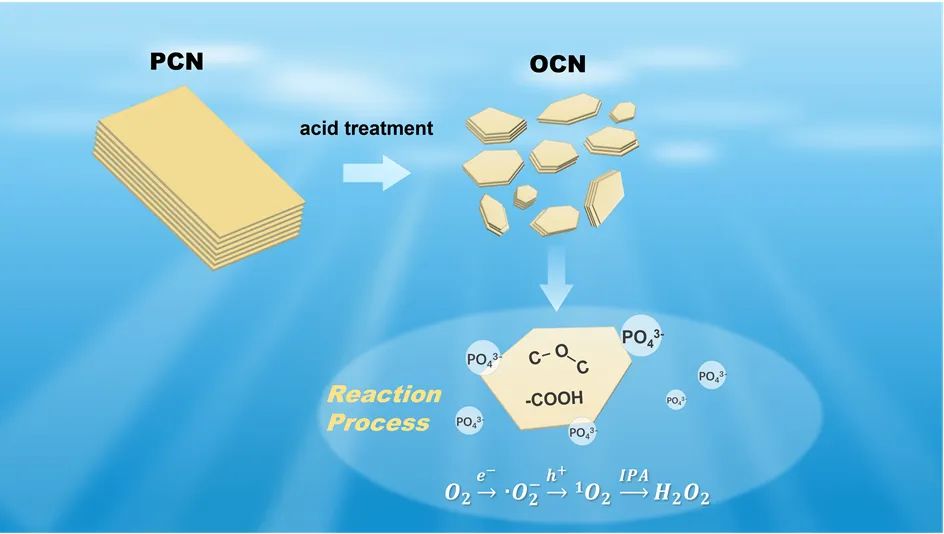 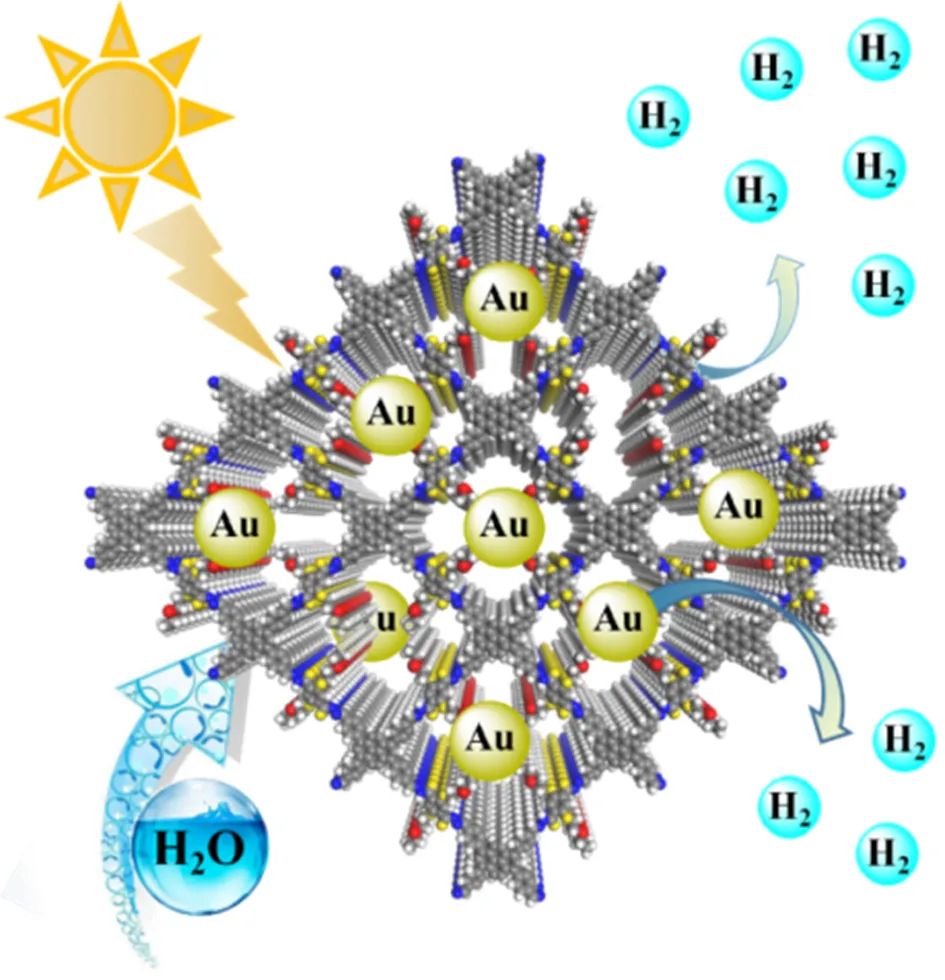 A thioether-functionalized pyrene-based COF was devised and built for efficient photocatalytic hydrogen generation. Its superior photocatalytic performance can be attributed to the peculiar pores of COF support and coordination contact between thioether groups and Au. 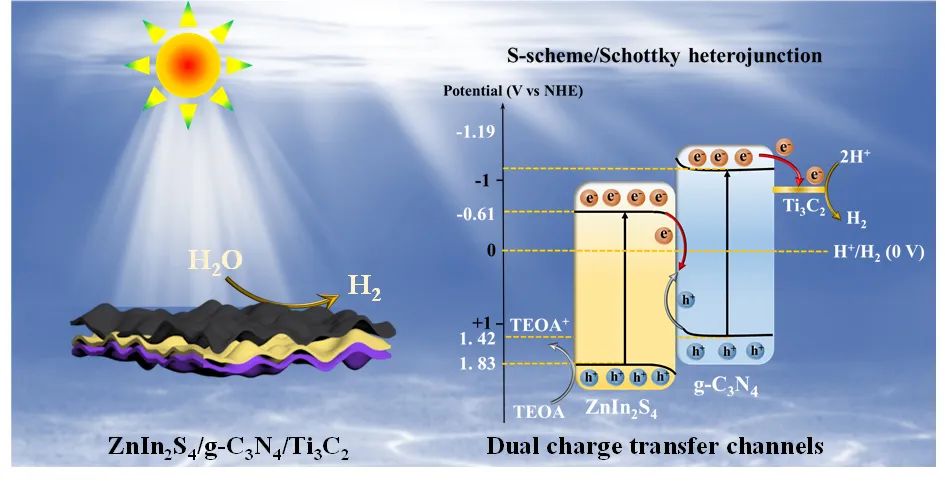 Asymmetric intermolecular [2+2] photocycloaddition reactions of electron-withdrawing olefins with vinylazaarenes have been developed by exploiting a substrate-differentiating synergistic catalysis platform. 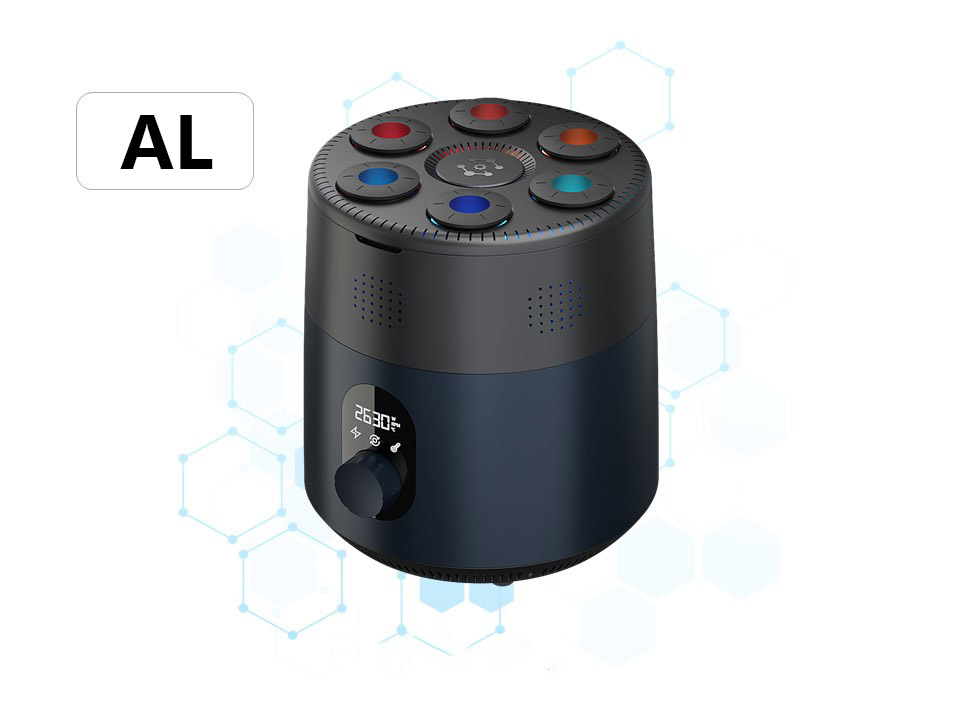 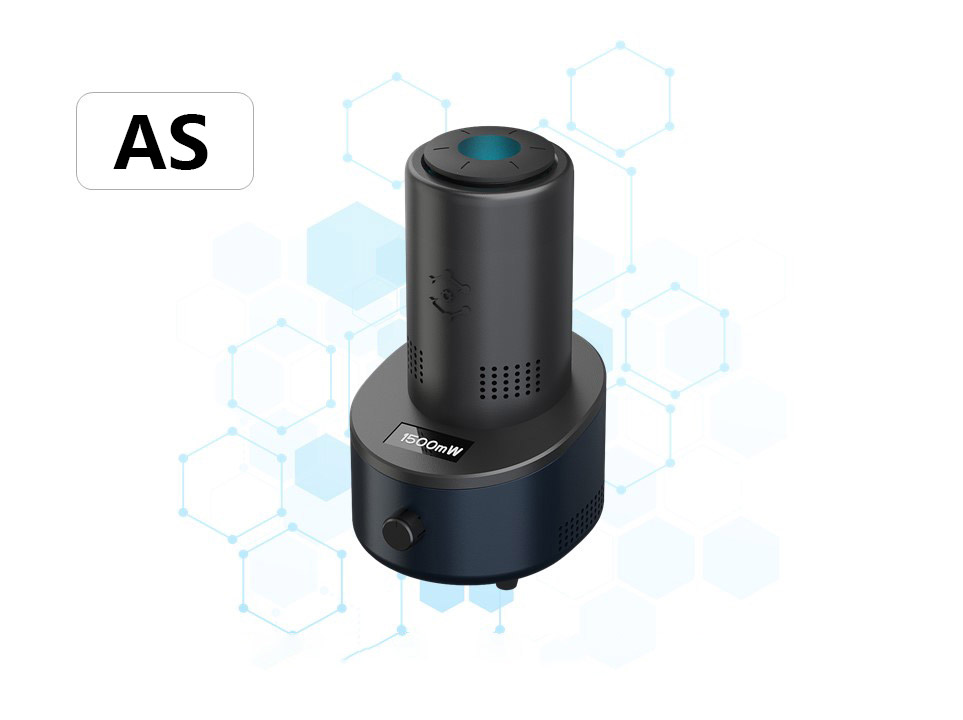 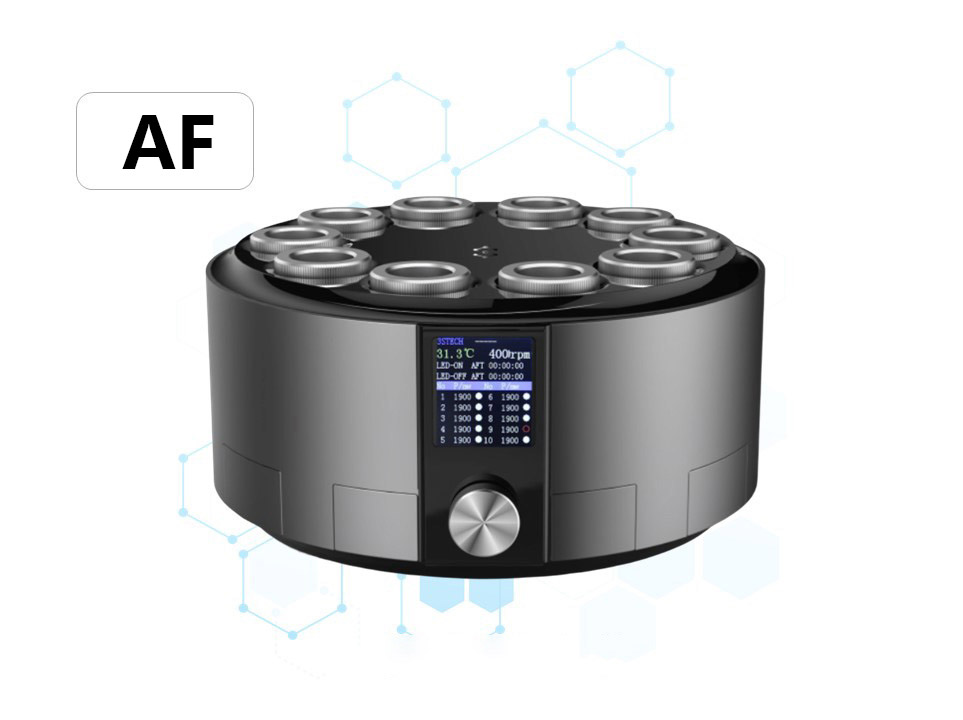